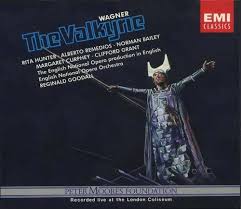 Before 1982, music didn’t matter. Jack Kirby mattered; Tolkien mattered; Dungeons & Dragons mattered; and as a matter of fact, Shakespeare mattered. Music was something quite pleasant that interrupted the sketches on the Two Ronnies. Music was like food. I would have noticed if it wasn’t there, but the idea that you would travel a long way to get a particular sandwich or identify yourself as a cheeseburger-liker was as inexplicable as, well, football.

Losing all sense of taste is a symptom of Coronavirus. A list of songs that I quite liked before the age of sixteen would get me quarantined for a fortnight.

The Last Farewell - Roger Whitaker
Billy, Don’t Be a Hero - Paper Lace
Seasons in the Sun - Terry Jacks (*)
I Miss the Hungry Years - Johnny Mathis
Bright Eyes - Art Garfunkle
The Riddle - Nick Kershaw
I’ve Got a Brand New Combine Harvester - The Wurzles
Save Your Kisses For Me - Brotherhood of Man
Something by Adam and the Ants - Adam and the Ants
The Killing of Georgie - Rod Stewart (**)

And then the BBC transmitted the Ring Cycle, from Bayreuth, one act per week, with an introductory lecture explaining the plot and pointing up the liet-motifs. And suddenly Wagner mattered. For a decade Wagner was the only thing which mattered.

I freely admit that Wagner is a form of mental derangement. You don’t get out of Twilight of the Gods in less than five hours. There is a seven year waiting list to go to the Wagner festival in Bayreuth. Decent tickets for a complete Ring won’t leave you much change out of a thousand pounds and they sell out a year in advance and people queue all night outside Covent Garden so they can pay to stand in the back row.

“The Teutonic reputation for brutality is well deserved. They have no word for fluffy, and their operas last three or four days.”

Wagner mattered. Wagner was gods and heroes and dragons and broken swords and magic rings and plutocratic hook nosed dwarves and blond blue eye supermen. Jack Kirby begat J.R.R Tolkien and J.R.R Tolkien begat Sir Thomas Malory and Sir Thomas Malory begat the Ring Cycle. I’d heard Otello and Carmen and Traviata and they are clearly the same kind of thing as The Mikado and Joseph and the Amazing Technicolour Dreamcoat. Words and tunes. Swear by yonder marble heaven. Toreador en garde. The threatened cloud has passed away. Wagner was a different kind of thing.

People say Wagner is difficult. People say Wagner is heavy going. People say that Wagner has great moments and dreadful quarter hours. Repeatedly. If you listen to Wagner for the great moments then you probably aren’t listening to Wagner. The prelude to Act III of the Valkyrie is actually fairly corny out of context and certainly not the best moment in the opera. If you are watching with subtitles, or listening to a translation, or deutsche poesie verstehen then the monologues and narratives and soliloquies are the highlights. They are where the story happens.

Wagner is certainly not for anyone who is in a hurry. He takes his time, narratively and musically, moving the pieces into position for the huge climaxes. Act I of Valkyrie ends with Sigmund pulling a magic sword (which was pledged to him by his father, to serve in his hour of need) out of the trunk of an ash tree in which his father conveniently stuck it. He gives it a name. This is the sort of world where swords have names. He gives it to Sieglinde as a wedding present. Sieglinde is already married, and is also his twin sister, but this doesn’t bother them. He fairly bellows the name at the audience. Noh-TUNG, Noh-TUNG, sword of my need. The music screams out a huge fanfare; this is a very magic sword indeed. They run off into the wood together. The music gets louder and louder and faster and faster. Even if you haven’t read sufficient Freud to know what “sword” and “woods” represent you aren’t in any doubt about what they are planning to do there. It is some of the dirtiest music ever written. The whole act has basically been building up to a mythological orgasm.

But the musical foreplay takes over an hour. The wounded Siegmund has blundered into Sieglinde’s homestead: they sing epic things like “a drink! a drink!” “I’ll fetch some water” while the music tells us they are falling instantly in love. Sieglinde’s husband, Hunding, comes home with his grim theme thumping in the background (bom-bom, ba-ba ba bom-ba-bom). Siegmund narrates the story of his life. He describes how earlier in the day he rescued a maiden from being forced into a marriage she didn’t want and slaughtered half the guests. Hunding reveals that these were his kinsman and that it is his duty to fight Siegmund to the death first thing tomorrow. Siegmund soliloquises that he wishes he had a sword. Sieglinde points out the magic sword stuck in the ash tree….

No-one with the attention span to stay the course can possibly find any of this difficult. One is never in any doubt about what Wagner is doing. No-one ever accused him of subtlety. When Siegmund cries out for his dead father’s lightsaber it a full-on primal scream:

But in another way I find him quite cerebral. There are not, strictly speaking, any songs. There is a single moment, in Act I of the Valkyrie where Siegmund says that meeting Sieglinde is like a breath of spring air and breaks out in an aria about how “Winterstürme wichen dem Wonnemond” but otherwise we have a layered texture of tunelettes, most of which have specific meanings within the story. When Siegfried talks about losing contact with this father — tall guy, wide brimmed hat, single eye, spear, hangs around with a black ex-con and a leprechaun — (***) — there is the slightest hint of a slow, regal tune; and when Sieglinde starts to describe how the same old man left the sword in the tree, the same tune blares out in full. It's the same music associated with Valhalla in the first opera, we'll hear it again in the final finale to opera number four.  Almost every phrase points forwards or backwards to some other phrase. You could listen to the same opera every day for the rest of your life and never get to the bottom of it.

I know not the first thing about music. Tristan and Isolde, which is the opera most admired by people who properly understand classical music, is the one I get the least out of. But I know my myths and my archetypes. Wagner appeals simultaneously to the heart and the head.

(*) I now know that this is a defanged version of Jaques Briel’s Moribund, and even the legendarily terrible record doesn’t quite manage to conceal the bitterness of the original. (Car vu que t'étais son amant/ Je sais que tu prendras soin de ma femme)

(**) A song about the murder of a gay man. I have a vivid memory that I heard it on the guest slot on the Basil Brush show, which is hard to believe: possibly the producers didn’t know what the word “gay” meant in that context. I certainly didn’t.

If you listen to Wagner for the great moments then you probably aren’t listening to Wagner. The prelude to Act III of the Valkyrie is actually fairly corny out of context and certainly not the best moment in the opera.

Yes, but the end of Act III.... Which, come to think of it, is a great moment which lasts about a quarter hour.