Authenticity; the songs of Olde England. Talking about The Morris rather than Morris Dancing. Singing songs that you learned from an older folkie; or preferably a traveller you met at a fair. Assuming that other people have heard of Cecil Sharp and know what a Child Ballad is.
It can become a sort of cos-play; a role-playing game; historical re-enactment. There was a time, just barely within living memory, when some folk-singers really were singing the songs that their grand-parents had taught them. Bob Copper could plausibly claim that his family songs had travelled down five generations to get to him.

Many of us came to folk music because we like the idea of folk-music: not necessarily the campfire gleaming and the gypsies singing to the notes of the big guitar; but earnest Bohemians in coffee shops or pubs listening to scruffy troubadours with beaten up guitars singing about highwaymen and pirates and girls who dress up as boys and join the navy.

There is a real danger. Nick Griffin claimed that Morris Dancing has been the indigenous art of white people since the ice age. In fact, most of the songs were barely half a century old when the Victorian collectors collected them: old, but not ancient.

I know a number of people who started to listen to folk music because of Bellowhead: a loud, chaotic, noisy, silly, irreverent supergroup that only got away with it because they were also some of the best musicians in the country. One minute Jon Boden would be sitting in the corner of the stage moaning out his version of David Bowie’s version of Port of Amsterdam; the next they would be blasting out a dirty sea shanty in the style of the Sex Pistols; but always with some traditional Morris tunes or hornpipes thrown into the mix. I was never completely convinced that Bellowhead deserved their all-conquering status but they came closer than any band has ever done to making folk music appeal to people who didn’t think they would like folk music.
Fishermen’s Friends sell out bigger venues; but Fishermen’s Friends aren’t so much a folk act as a piece of conceptual art.

Bellowhead crystallised around Jon Boden and John Spiers; a very tall fiddler and a much shorter accordionist. Fiddle and accordion together make a song sound exactly like folk music is supposed to sound; and Jon Boden’s voice is exactly what a folk singer’s voice ought to sound like. There is always a whirring, buzzing, droning harmony between the two voices and the two instruments. Jon Boden rightly revers Peter Bellamy: but Bellamy affected a nasal, regional delivery; almost a parody of the idea of what a traditional singer sounded like. Boden never sings through the nose or sticks his finger in his ear: but there is a certain strangeness — a certain madness — to his delivery. There was something of Laurel and Hardy in the stage personae; although it is hard to say who the straight man was.

I’ve picked this “best of Spiers and Boden” album because it represents the best of Spiers and Boden: but what really influenced my taste was hearing them in the sticky dark back room of the Croft with a drunk Irish guy trying to dance on one of the tables. (“If you are going to do that, mate, can you do it in time with the song?”). This album defines for me what folk songs ought to sound like, although I doubt that the folk ever sang their songs this well.


There’s a song about a beggar who is quite happy being a beggar but ends up in bed with a rich lady's daughter: a long meandering version which works at least three different folk tunes into the interludes. There are two fabulous shantys. Everyone and his folk-brother sings Rolling Down to Old Maui: it’s simply one of the best tunes going. (Some people attribute it to Stan Rogers, but it’s really by Trad.) They’ve made it into their own song: look at how the accordion tempo keeps varying; and listen to the “variations on a theme” instrumental between the last two verses; but they never cross the line between interpretation and reinvention.
Haul Away is a pretty simplistic bit of Merchant Navy call and response which a shantyman could presumably have kept going all day. (King Louis was the king of France before the revolush-aye-on / but then he got his head cut off which spoiled his constitush-aye-on). But they don’t; just play that; they mix in a whole sequence of nautically flavoured instrumentals. Folkies on the whole don’t play just one melody: they play “a set a’tunes.
Bold Sir Rylas is a barking mad romance about a knight who kills an old lady and her pig that has somehow turned into a raucus tankard thumping drinking sung which the duo totally embrace and generally force the audience to join in with. It has about a hundred verses.
Prickley Bush is the rural English equivalent of the Gallows Pole. The Folk Process has somehow amalgamated two unrelated songs; the “hangman stay thy hand…” stanzas which float in and out of folk songs all round the world; and the cryptic refrain about a man stuck in a thorn tree which very possibly had a religious meaning that we’ve all stopped caring about. Boden imparts actual drama into the final stanza (“true love have you brought me gold? and silver to set me free?”) and the accordion seems to celebrate the hero’s freedom. The silliest songs are the most dramatic and the most dramatic songs are the silliest.
And best of all is what we should perhaps refer to as Willie and Earl Richard’s Daughter to avoid folk-spoilers. It’s a dreadful story, really: Willie the servant elopes with Earl Richard’s daughter despite the fact that Earl Richard is a bloodthirsty psychopath. “Oh narrow is my gown Willie, that wont to be so wide” if you know what I mean, she explains. They run away to the woods; but when Earl Richard sees the baby he decides not to kill them after all. It’s a stonking tune.

Jon Boden’s ballad singing can stand for itself. Bellowhead gigs often ended with him doing an informal after show session in a pub. The accordion and the fiddle back up and underline and thicken and add drama and beauty to the voice and the words. Bellowhead took the Spiers/Boden synergy and folded in the brass and the percussion; Paul Sartin’s mordent wit and Sam Sweeny’s world-beating fiddle; but at the heart of it was always the song itself. As Bellowhead got bigger and mightier I started to feel that the folk pudding had been overspiced.
I doubt that village green folk music ever sounded anywhere near as good as Boden and Spiers. I don’t buy the idea that The Outlandish Knight is old enough to have been represented in cave paintings. Authenticity is an aesthetic rather than a historical fact; Spiers and Boden were the folkiest folksingers I ever heard. 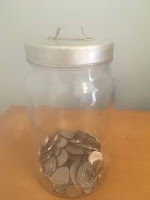 Now if it were me, and I was to give a most influential folk album then it would have to be Mr. Fox by Mr. Fox. My mum saw a guy she worked with carrying this and asked what kind of music it was. He explained that it was electric folk. She had never heard of this and he asked if she wanted to have a listen. I was spellbound. I had been into pop music but had also enjoyed listening to The Spinners a cosy TV friendly folk foursome bringing Woody Guthrie and Ewan McColl to the masses. My granddad had encouraged me in this in the hopes of saving me from Pop. Now I heard something that was as romantic and fay as Tyrannosaurus Rex, as weird as Bowie and yet with that rootsy connection that made me respond to The Spinners. I tracked down a reissue of the album and its sequel and bought everything else I could by Bob Pegg the male singer in Mr Fox though it was another twenty years before I got get the solo album by the famale singer Carole Pegg. I can honestly say no album has impacted me as much as that one.

I will look it up and report back: thanks.

I remember the Spinners, yes....

For your perusal https://www.youtube.com/watch?v=AY-t7yUYCmc&list=PL8a8cutYP7fpRF8VfiTDRa6O1IxEKG8XK
I think that gives the full album. Did you ever read Electric Eden by Rob Young. He gives Bob Pegg a lot of space.Bob explains that they thought back in the sixties they had tapped into ancient traditions in the Dales and realised later a lot of this was relatively recent as often turns out to be the case. But what they did do was incorporate these sounds they heard in Yorkshire into a band. Carole Pegg meanwhile has become an ethnomusicologist specialising in the music of Outer Mongolia and even did an album of English folk style songs accompanied by Tuvan throat music. Bob has become a story teller up in the Highlands of Scotland